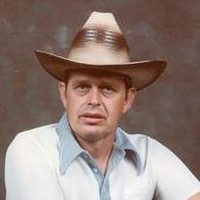 Albert Eugene Dill, 67 year-old resident of Rogers, Arkansas, died January 18, 2013 at his home. Born August 16, 1945 in Carthage, Missouri, he was the son of Eugene Dill and Sylvia Hutton Dill. Albert was a longtime resident of Northwest Arkansas and worked as a truck driver for many years. He was an Army Veteran of the Vietnam War.

Albert was preceded in death by his father, Eugene Dill.

Survivors include his mother, Sylvia Amos and husband Dean of Decatur, Arkansas; six aunts and a lot of cousins.

To send flowers or a memorial gift to the family of Albert Eugene Dill please visit our Sympathy Store.